This month I turn 30. To mark such a remarkable event, I’m spending every day of October drenched in awesome-sauce. Yay! I saw Laurie at Dirty Bingo, and we made plans for volume 18. He, Kelly, and I went out for Ethiopian at this tasty tasty place on Church, south of Dundas. The food was excellent, even though the service was slow. In addition, it was dirt cheap. Even better, I got to hang out with Laurie and Kelly, and I never seem to see those two people. Then I walked home. These blog posts are getting shorter.

This month I turn 30. To mark such a remarkable event, I’m spending every day of October drenched in awesome-sauce. Went out for brunch to The Old Nick. Yes I’m there constantly. I was poaching their internet, as I wait for Bell to get their shit together (post coming when it’s resolved). I had the Mac & Cheese. So good, not as good as Cari’s. I got home around 6, and immediately fell asleep. Slept until 9 am. Second best day of #Rocktober (Wild Flag’s still on top).

This month I turn 30. To mark such a remarkable event, I’m spending every day of October drenched in awesome-sauce. Ate tasty food at the Nick with Vince. We shared nachos and jalapeño poppers, so fucking tasty.

This month I turn 30. To mark such a remarkable event, I’m spending every day of October drenched in awesome-sauce. Previously on Rocktober. Adam went to Montreal, Adam came back from Montreal… and now the continuation. So, I went out for dinner at the Old Nick with Emily (aka Watcom). Emily will be involved in many more Rocktober adventures, as she’s pretty fuckin’ awesome. I had the Garlic Mushroom sandwich, which is garlic, mushrooms, cheese, and tasty buns. SO GOOD! I love the Old Nick. Emily nearly cried with Christine (the owner of the Nick) told her that the veggie quesadilla was no longer existent, and it was now a… Read More »#Rocktober30 volume 03: Watcom 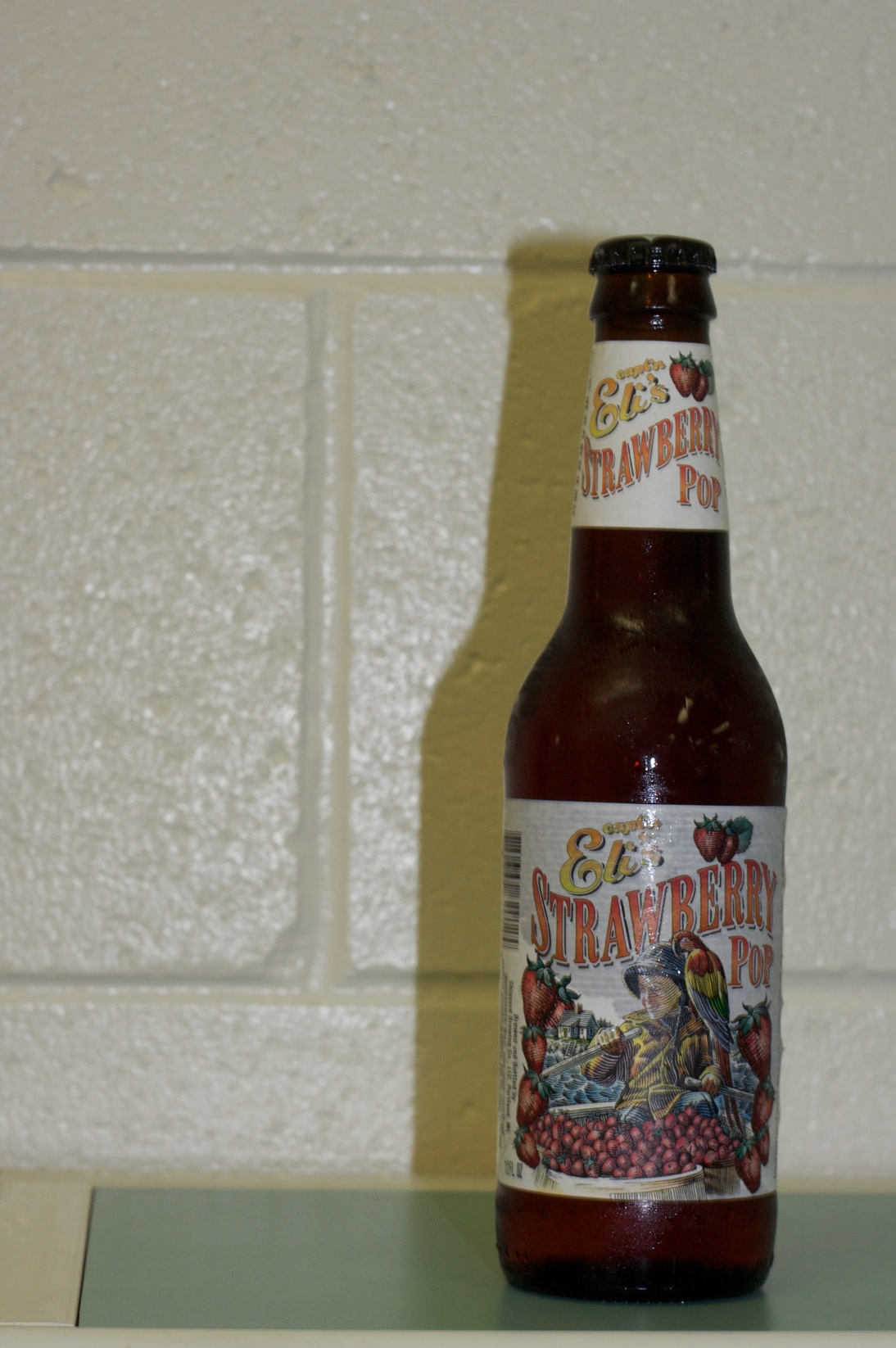 I visited a shop in Whitby called Soda Pop Centre. These are my stories. Capt’n Eli’s Strawberry Pop 355ml Ingredients: Water, cane sugar, natural and artificial strawberry flavours, Red 40, citric acid, and sodium benzoate. Linky link. So, it’s been a fruity three weeks, we had tangerine and peach in the previous weeks, now it’s strawberry’s turn. I think next week will have to be another root beer, but who doesn’t love a root beer? I don’t recall ever having strawberry pop before, but it’s good. It reminds me of a strawberry wine, but not alcoholic (sadly), but we can adjust that surely. It’s quite sweet, but also quite refreshing… Read More »Capt’n Eli’s Strawberry Pop 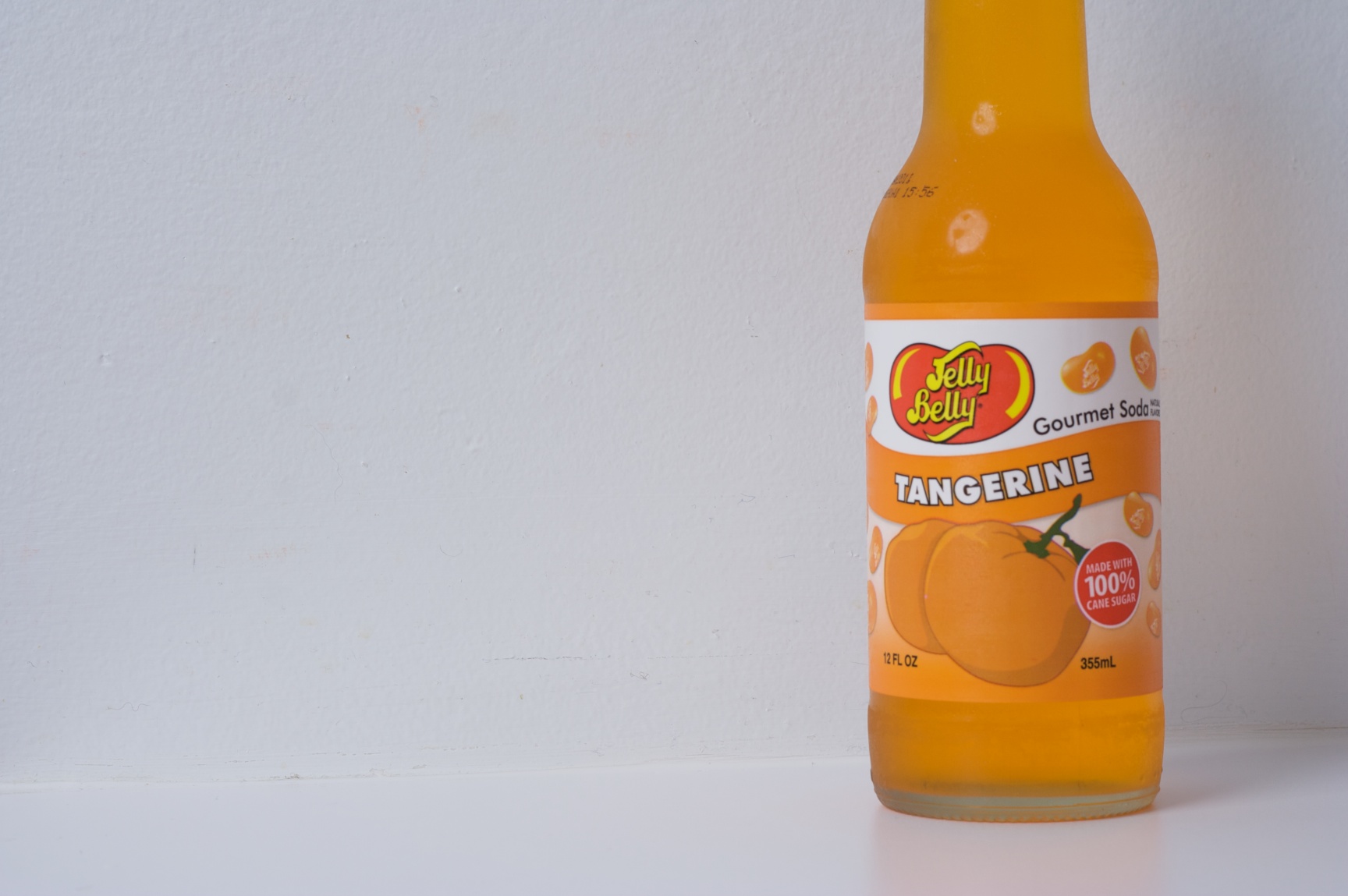 I visited a shop in Whitby called Soda Pop Centre. These are my stories. Jelly Belly Gourmet Soda: Tangerine 355ml Ingredients: Filtered carbonated water, cane sugar, citric acid, sodium benzoate, natural flavours, sodium citrate, and FD&C Yellow #6. Linky link. This one’s quite delicious. It tastes like a cross between an actual Jelly Belly and a freezie. With just a hint of sour, a bit more bubbly than the Nehi, it’s very distinct1. Though, the Nehi is the better of the two [↩] 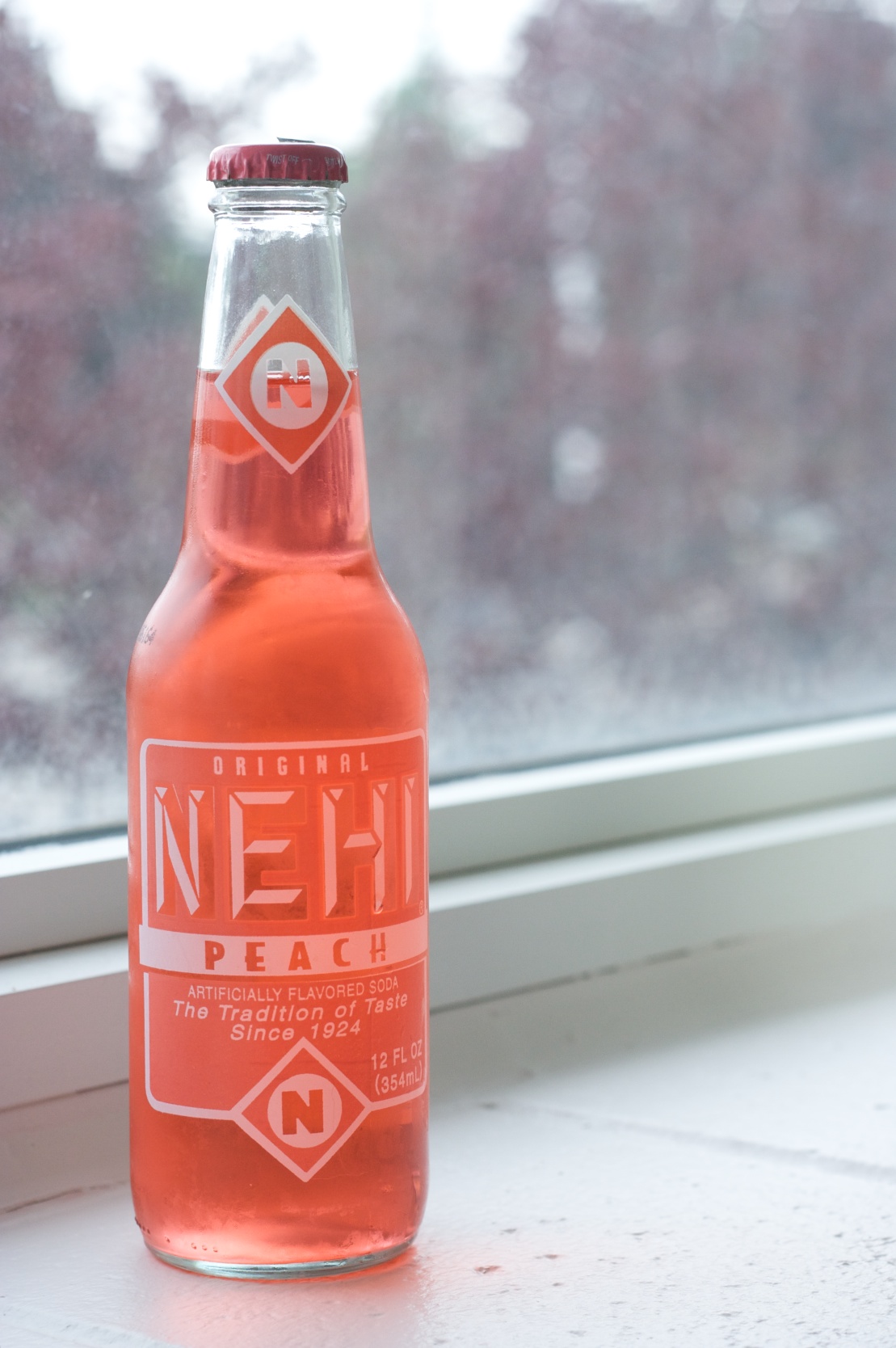 I visited a shop in Whitby called Soda Pop Centre. These are my stories. Peach Nehi 354ml Ingredients: carbonated water, high fructose corn syrup and/or sugar, citric and malic acid, potassium, benzoate, potassium citrate, artificial flavour, gum acacia, and red 40. Linky link. For those unfamiliar, MASH’s Radar O’Reilly’s poison of choice was a Grape Nehi. The young gentle company clerk was not interested in the harder drinks that his colleagues chose, instead he went for Grape Nehi. I didn’t know it was a real drink, but apparently it is, and the store had the grape variety, but since I’m not a fan of grape pop, I decided to go… Read More »Peach Nehi 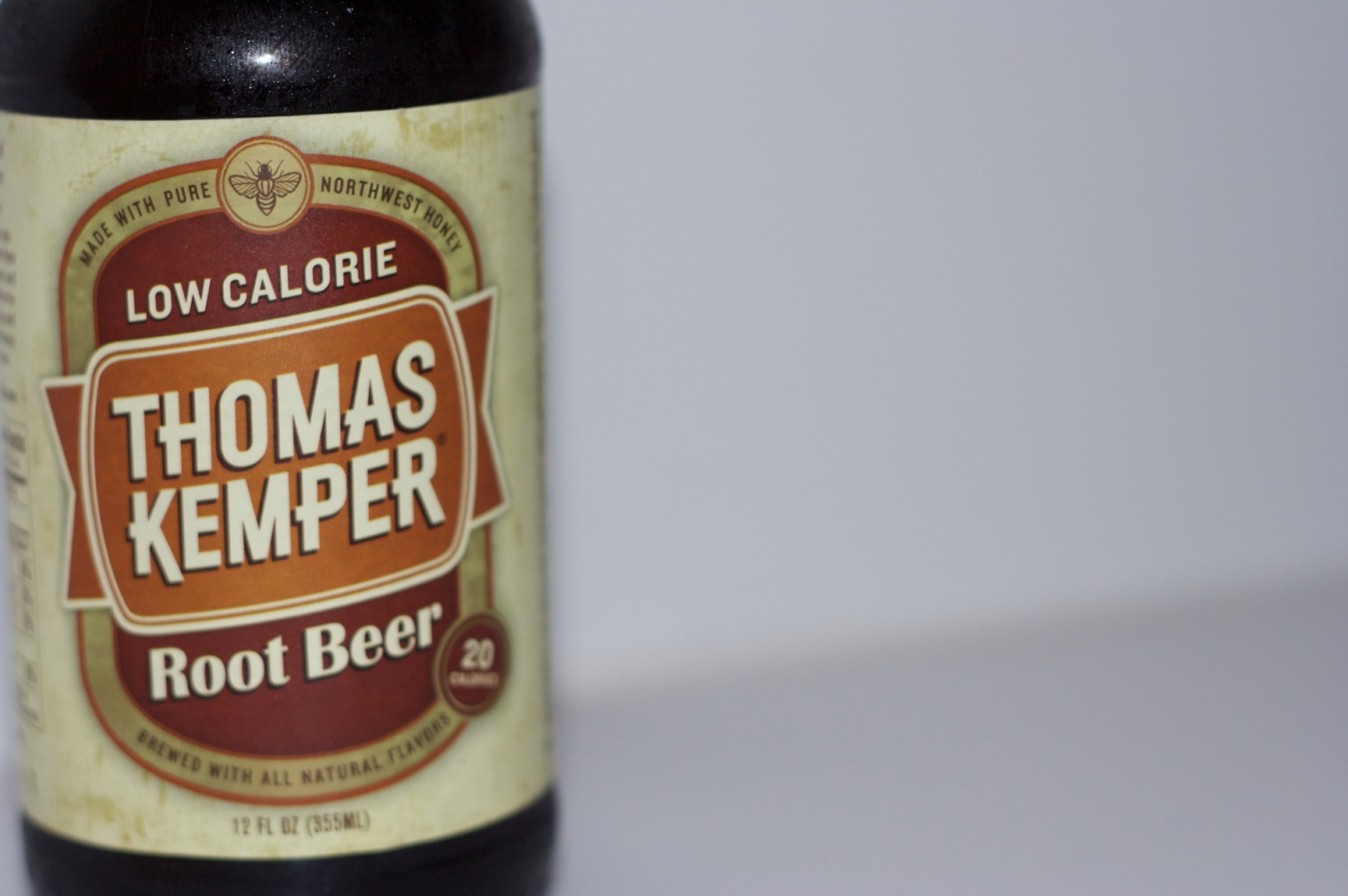 I visited a shop in Whitby called Soda Pop Centre. These are my stories. Thomas Kemper Root Beer 355ml Ingredients: carbonated water, honey, caramel colour, maltodextrin, sodium benzoate, natural flavour, gum acacia, phosphoric acid, sucralose, salt, vanilla extract, and acesulfame K. Linky link. This Portland-based pop company makes a rather delicious root beer. It’s quite sweet, from both the honey and the sucralose, but the major flavour actually comes from the vanilla. It’s rather strong. If you’re a fan of vanilla, you’l like this root beer, I think. I personally think it’s a bit too strong.

Brunch at the Old Nick

Editor’s note: I’m not a connoisseur of brunch, I do enjoy it, but I don’t believe it is the be-all and end-all of food. Thusly, I have only tried a few of Toronto’s brunch venues. For more in depth Brunch-Love, I’d suggest you read my friend Kristin’s blog, Death by Brunch. I woke up on Sunday before Victoria Day, and didn’t want to cook, who would? After a few hours, I realized I was quiet hungry, and I was in the mood for brunch, mmm, brunch. Unfortunately, it was a Sunday on a long weekend, where the hell would I find something that wouldn’t take 12 hours for service? I… Read More »Brunch at the Old Nick

I’m drunk. No, I’m not drunk at 9 am on a Friday when this entry will be published. I’m drunk on a Saturday night1 For those who don’t know, I used to have a super power. I was physically unable to get drunk. As much as I drank, it never affected me. That was until I had eight shots of absinthe over 45 minutes, one night. Good times. Thanks Tim. I got buzzed that night. Then a week ago, I went to Clinton’s, I was meeting someone there, she was late, I sat at the bar drinking as I waited and by the time she got there, I was slightly… Read More »Poutine