I went to see Soulpepper’s performance of La Ronde last night and I really didn’t know what to expect from their description: First published privately at the turn of the last century, due to its frank sexual content, Schnitzler’s La Ronde was sensationally banned for obscenity, securing the play a place in dramatic immortality. Taking a circuitous route through ten interconnected sexual liaisons, La Rondequestions the nature of human contact, love, and fidelity. Contains explicit sexual content and nudity – recommended for audiences 18+ It doesn’t really say much. Basically the play is a series of ten scenes which are interconnected. We start off in a bedroom with a soldier Charlie (Stuart Hughes) and… Read More »La Ronde 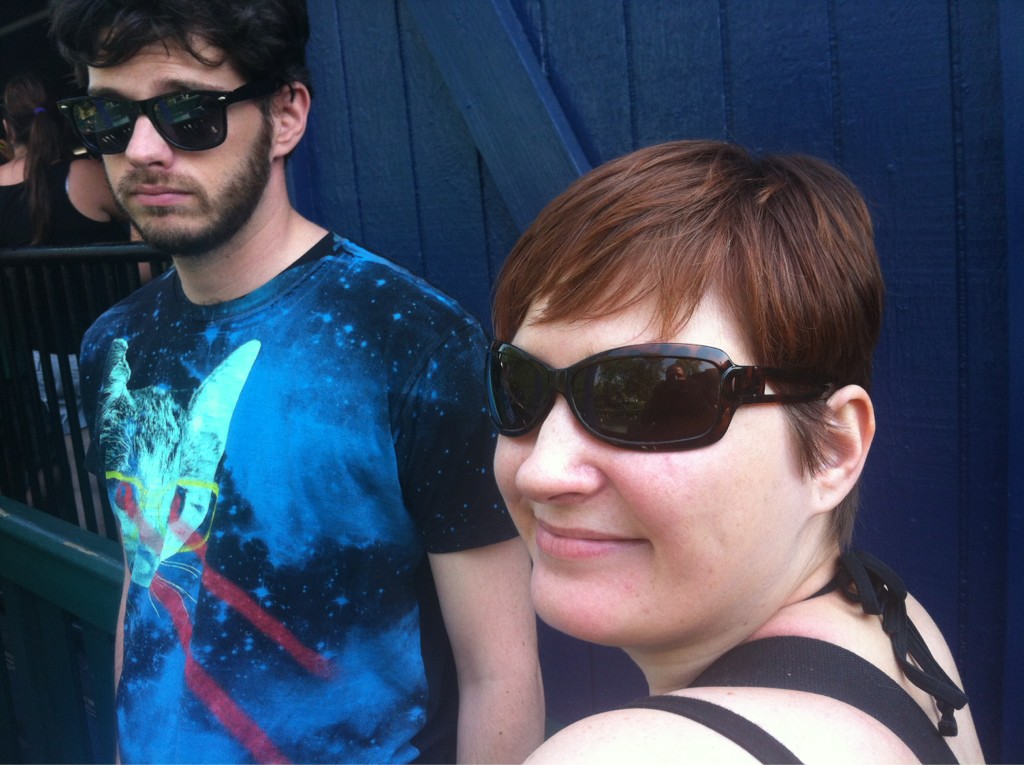 Nick, Alicia, and myself headed up to Vaughan for a weekday visit to Wonderland. For those unaware, Wonderland is the major theme park in the Toronto area. We mostly went for coasters, but enjoyed a few other rides. I hadn’t been in about 8 years or so. When Lisa and I were first dating, we would go frequently every summer, but that kinda fizzled out. The trio were able to ride a good chuck of the roller coasters, and Alicia was able to fulfill her desire to eat a funnel cake. A worthy goal. Our goal to hit every coaster didn’t really come to fruition, but that didn’t matter, I… Read More »Canada’s Wonderland 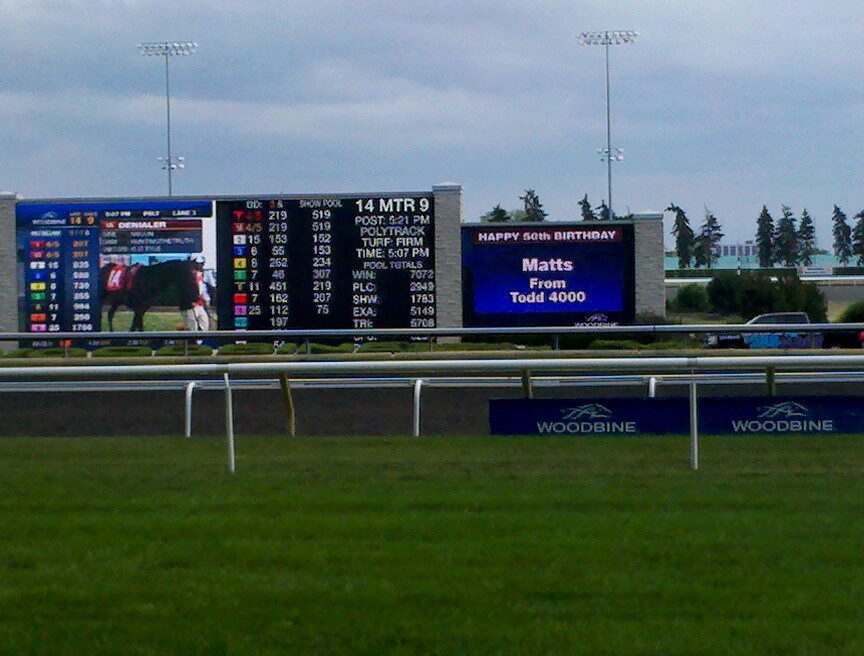 I had never been to the races before, and never understood the appeal. I think I understand now. I had never played slot machines before, never understood the appeal. Still don’t get it. Matt invited a group out for his 31st birthday to Woodbine. Since the majority of people were a tad late, Emily and I wandered to the slot machines. I had never played the slots before, and didn’t really get the appeal, but was willing to try. Emily chose her 2¢ slot machine, and I sat down at the machine beside hers. I tried reading the rules, but didn’t understand what was happening on the screen, so I… Read More »Woodbine 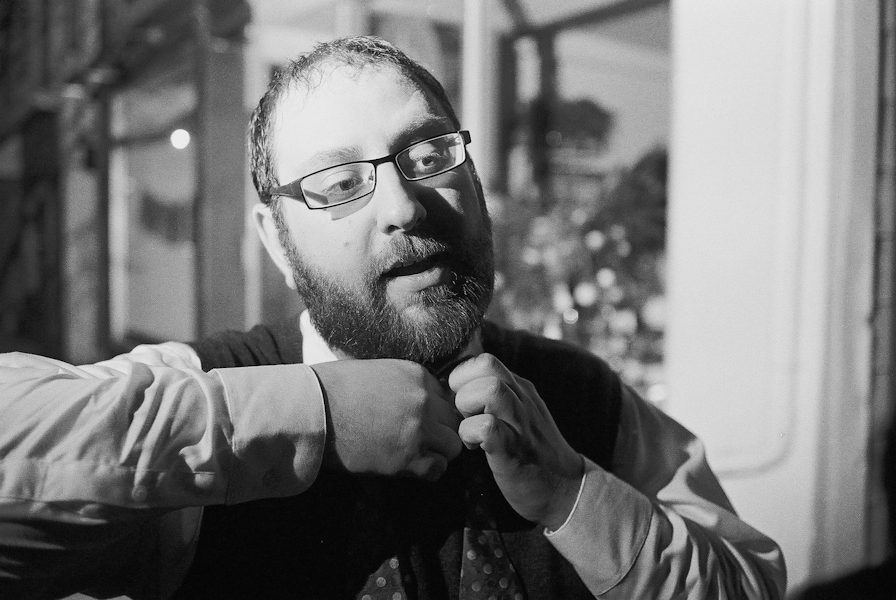 How to tie a bow tie

Thank fuck! I just got my German power adapter working and now my phone is charging. I was worried. I can’t get anything done without this thing. And since my laptop is running on fumes it’s nice to have a working device. It just needs to last until I get to Frankfurt, as the Air Canada flight from Frankfurt should have USB and a North American outlet in the seat backs.  So I never really finished yesterday’s blog post, because that wasn’t the end of my night. Instead I wandered. I just walked north and stumbled upon the Canadian Embassy. They were closed, and they misspelled Canada; it doesn’t have… Read More »#EV12 Day Eight 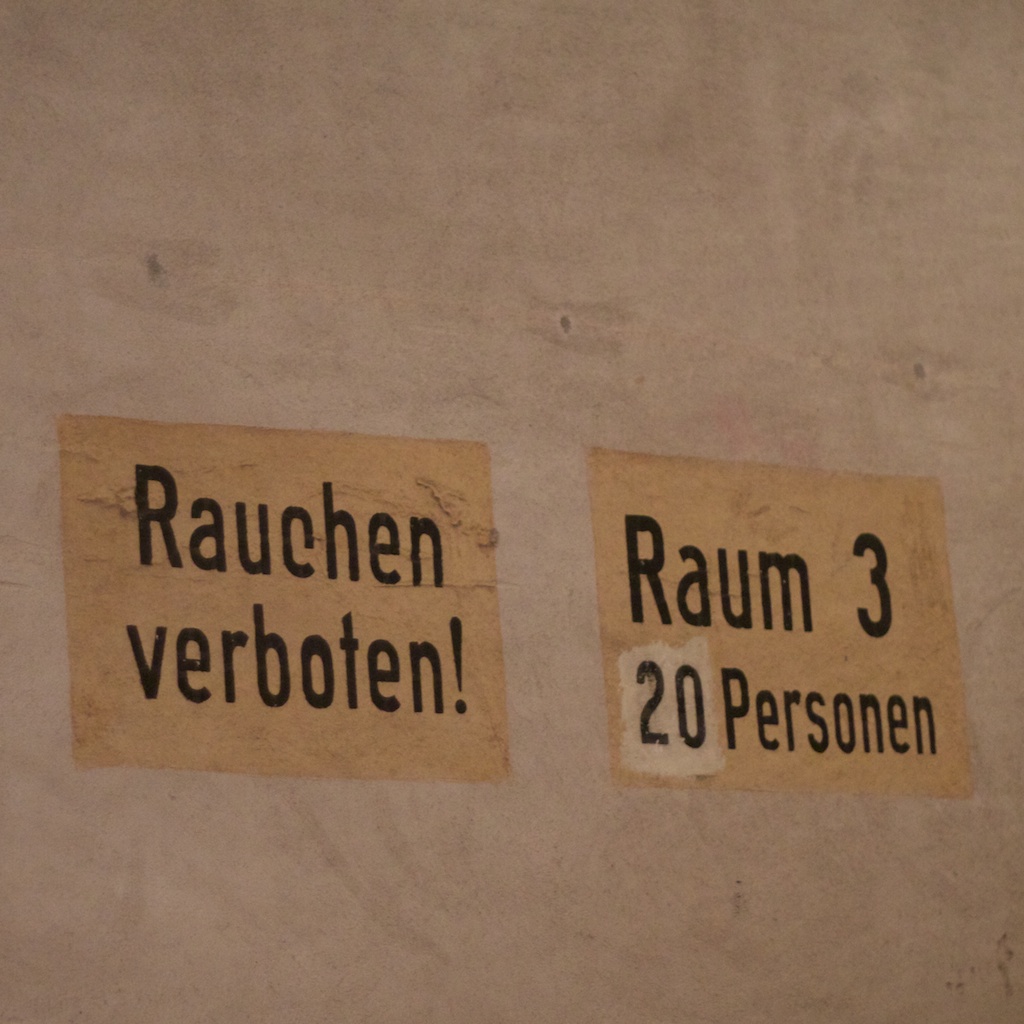 Woke up and had breakfast at the hostel, it was passable. During that time, I charged my iPhone, it was too dark in the bedroom to find an outlet, and struggle with silly German1 adapters. After breakfast, I got on the S-Bahn, and headed up to Gesundbrunnen station2 where I hung around for a while looking for the Berliner Unterwelten ticket office. Eventually I found it, and joined the short queue3 to buy a ticket. The English tour didn’t start until 11, so I went to the nearby shitty shopping mall, and wandered. It reminded me of Centrepoint. I wasn’t there for the mall. Instead I was there for the tour.… Read More »#EV12 Day Seven

Today is the second day that I’ve worn my sunglasses. It’s a really nice day with a pleasant chill. After waking up early to pack and checkout before 10am, I headed to The British Library which had a bit of an exhibit. They had a bit of a history of the Magna Carta with examples. They also had historical documents like handwritten Shakespeare and the lyrics to “Yesterday.” They also had some early Hebrew documents including haggadot. See, I’m celebrating Passover. Woo! Freedom from slavery. Woo! God giving us the 10 commandments. That’s enough. Dianu. The problem with the exhibit was it was really small. So I was in and… Read More »#EV12 Day Six 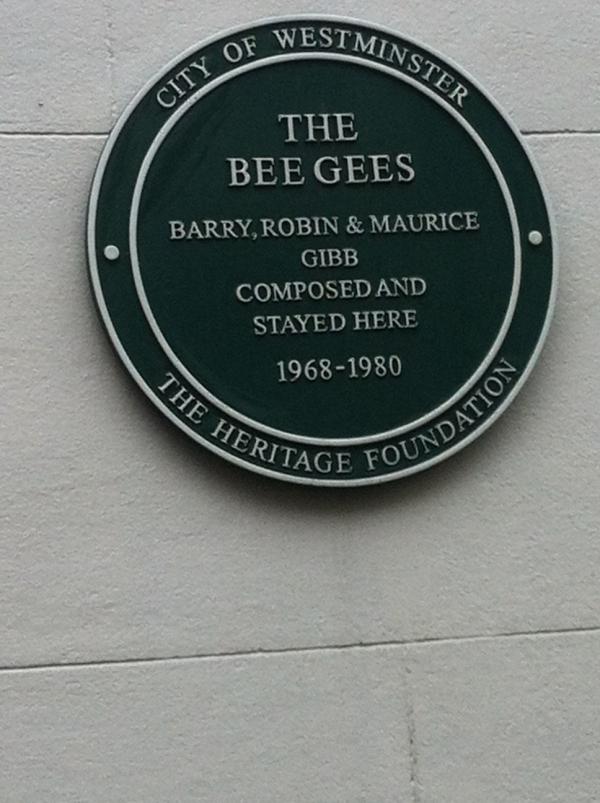 I had to check which day it was. It’s raining here in London, I guess the cliché had to be fulfilled, but c’mon London, isn’t it a cliché, I expect you to be better than that. It’s still early morning, and I’m going to try to go see another play. Why? Well, why not? I’m in fuckin’ London! Going to see a play called Absent Friends. Katherine Parkinson is in it. You know, Jen from The IT Crowd. [youtube https://www.youtube.com/watch?v=NuPolrd9yuo&w=450&h=259] Elizabeth Berrington is also in it. She’s probably less recognizable to Canadians, but she played Auntie in the episode of Doctor Who penned by Neil Gaiman, “The Doctor’s Wife.” It may just… Read More »#EV12 Day Five 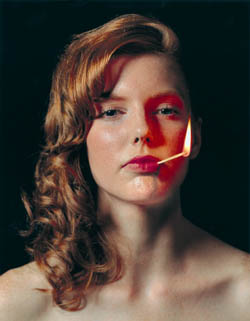 This… Wow. I walked from my hotel to the Saatchi Gallery. I made sure that it was open, because it was Easter Monday, and of course, the gallery might be closed. There was no mention about Easter closings on the website, and it says it opens at 10am on Mondays, so I made my way over. When I got there, they were open, and the place was practically empty. There were more staff than visitors. It also turns out that today is Sunday, not Monday. Have I been away from work that long that I forget what day it is? The gallery was the number one suggestion from Helen, and… Read More »#EV12 Day Four