Woke up and had breakfast at the hostel, it was passable. During that time, I charged my iPhone, it was too dark in the bedroom to find an outlet, and struggle with silly German1 adapters. After breakfast, I got on the S-Bahn, and headed up to Gesundbrunnen station2 where I hung around for a while looking for the Berliner Unterwelten ticket office. Eventually I found it, and joined the short queue3 to buy a ticket. The English tour didn’t start until 11, so I went to the nearby shitty shopping mall, and wandered. It reminded me of Centrepoint. 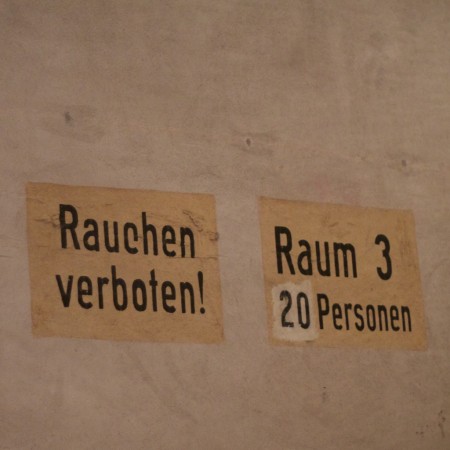 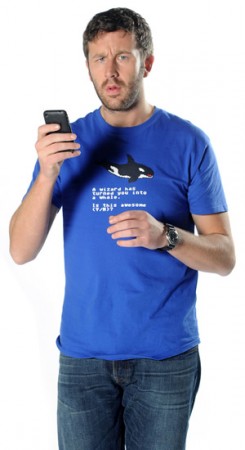 I wasn’t there for the mall. Instead I was there for the tour. So I got in line and we started going down the stairs of Gesundbrunnen station. Before we got to the platform, they opened a door leading to a bomb shelter. Basically this tour was a civilian bomb shelter made during World War II. It was interesting to see the German civilian side of that war, and the reality of their world.

Our tour guide as Roy from The IT Crowd4. Okay, it wasn’t ACTUALLY Chris O’Dowd, but man, does he ever look like the dude. He was talking about something really depressing. I think the Soviet rape of German women after taking Berlin, again depressing, and I had to suppress a giggle because I thought he looked like Roy. I had entered the Giggle Loop, but I seemed to have survived the ordeal.

Apparently after Soviets took over Berlin, they blew up all the bomb shelters, and buried them. This only survived because it would’ve destroyed the train station, too. They’ve also got a few other tours that sound quite interesting. 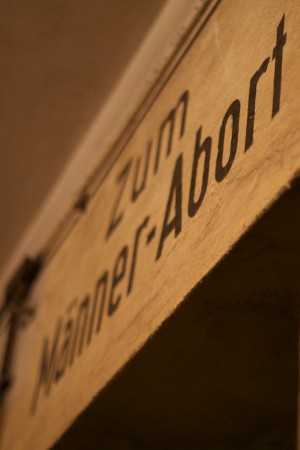 They let us take pictures in one room, as we behaved. The room was pretty much an empty room, except for a few benches. It wasn’t the most photogenic. However, the tour itself was absolutely fabulous. I think Alicia is the one who recommended it to me.

Seeing as the Jewish Museum was pretty damn close to my hostel, I figured I’d go there next. Right? Makes sense. So I did what I’ve been doing throughout this entire vacation, getting directions from Google Maps, and taking screenshots on my phone. Right, that’s cool. The GPS still works on the phone, so I can get my general location on the map, then switch back to the screenshot and compare. Except I got lost. I couldn’t find it. Now looking at the info, I think I needed to go one street further east.

In London there’s some company that provides wifi for a few chains. It’s free to use, you just need to register. So I just looked for a Cafe Nero, Pret A Manger, Wagamama, Pizza Express, McDonald’s or a few others, and honestly in any part of the city I was able to find wifi. Berlin, haven’t figured that out yet. I have no data here, so I walked back to the hotel, and looked it up. Then I started writing this. I think I’ll head out and find this place again. 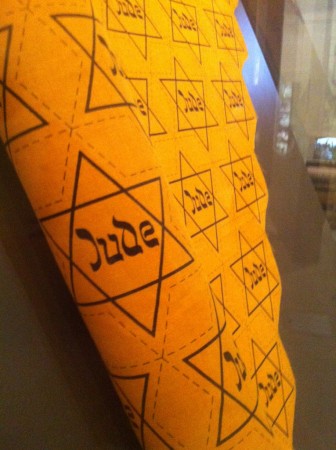 The building itself is a funky design, and it seems that the architecture is what they market the museum on. It’s the logo, and it’s very central in everything. Yet oddly I don’t think it’s a very good design. I went in and the first thing you go through is not the actual permanent exhibit. Instead you go through random shit that Jews once owned. Honestly I was looking at the exhibit and thinking, “really?!?!”

Then you have to walk up a lot of stairs, and start the actual exhibit. Which is really good. It’s quite detailed. There’s some stuff which is quite useless for a Jew, like showing us new tzedakah5 boxes. OOO! There’s part of the exhibit explaining what a bar mitzvah is, etc. But then there’s a rather detailed examination of Jews coming to what’s now Germany, and Jewish life from then until the end of World War II.