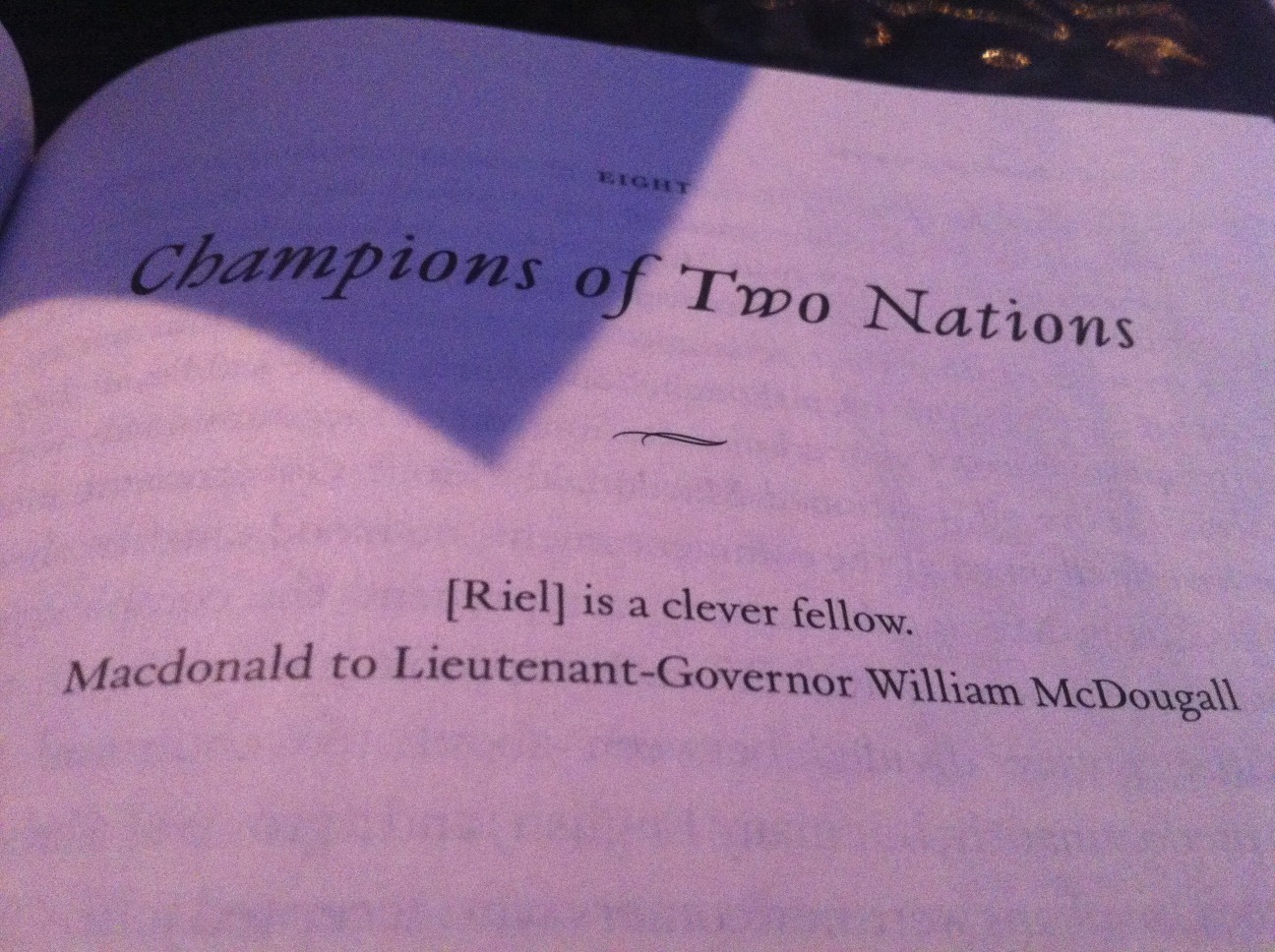 Shit’s about to get Riel! 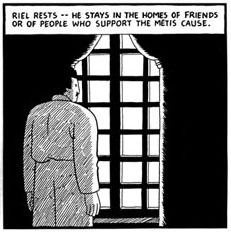 I’ve been wanting to read this book since I first found out it had been written, which was quite some time ago. I had been meaning to borrow it from my employer’s library, but never got around to it. Then I saw it in my sister’s old bedroom1 on her bookshelf. I borrowed it and read it in two days. You might be wondering “who is Louis Riel” and why should I care about him. So let’s get some facts. Basic info Louis Riel was a Métis, educated in Montréal, who returned to his home, the Red River settlement in what was then known as Rupert’s Land. The Métis are… Read More »Louis Riel by Chester Brown

Louis Riel a traitor? Well yes. An elected member of parliament? Yes. A founder of Manitoba? Yes. A hero? Yes. Why doesn’t he deserve a statue? Ladies! It seems I embody all top four items that you ladies desire in man. Whatcha doin’ tonight? Every wondered why you see a rainbow when watering your lawn? It’s because something is oozing out of the ground. Or, maybe it’s because the water refracts the light. SCIENCE!