Martha and the Muffins 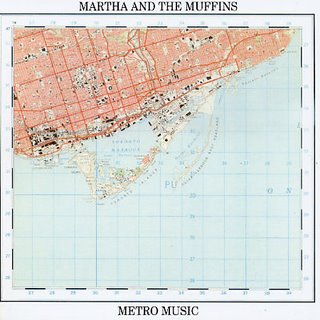 Just recently purchased iconic Toronto band, Martha & The Muffin’s debut LP Metro Music. For those who don’t know Martha & The Muffins were a new wave band, started in the late 70s. They had one major hit with “Echo Beach,” which opens this album. If you’ve heard “Echo Beach,” you can probably guess what this record sounds like. The entire record is in the same vein, and while it never hits the catchiness of the lead track, it still a fun record. It has a light touch of punk, and unfortunately a bit too much of a helping of ’80s cheese. Definitely not going to find itself on my… Read More »Martha & The Muffins