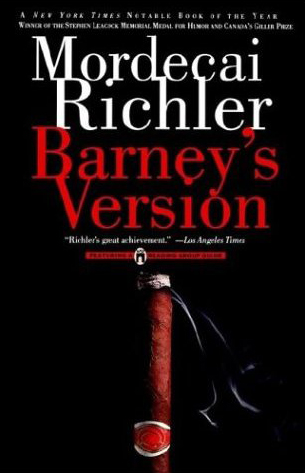 Barney’s Version tells the tale of Barney Panofsky, a Montreal Jew who has married three times, and who was thought to have murdered once. The book is split into three parts “Clara,” “The Second Mrs. Panofsky,” and “Miriam.” Each named after one of his wives. An old man, Pankofsky tells his life story with a lot of memory gaps1, he also tells it without much narrative flow, jumping from the present to the past without much thought. This doesn’t make it an easy read, but it’s an interesting read. The reader isn’t sure about Pankofsky’s honestly, or clarity as he tells his own life story, and adding to that confusion… Read More »Barney’s Version

True Grit A young girl’s father dies, and she heads to the town to finalize his affairs, and hire a US Marshall to track down the murderer. While it seems that Jeff Bridges and Matt Damon are the stars of the film, within a few minutes of watching, you see that their only purpose is to support the real star Elizabeth Marvel who plays Mattie Ross, the young girl. Her performance is brilliant, and it’s quite the gripping film. While the Coen brothers can be hit or miss, this might be their best yet. In my mind their only competition is O Brother, Where Art Thou? See this as soon… Read More »Film Roundup