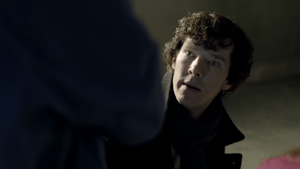 Sherlock Holmes is a genius making a name for himself as a Consulting Detective. Holmes is introduced to an ex-army doctor named John Watson. After moving in together at 221B Baker Street in London, Holmes sees an intellect in Watson, and drags him along on a case. This modern-day take on Sir Arthur Conan Doyle’s classic mystery stories stars Benedict Cumberbatch as Holmes and Martin Freeman as Watson. The series was created by Steven Moffat and Mark Gatiss who are perhaps best known for their recent work on Doctor Who. It’s easy to strike similarities between Holmes and The Doctor, and so it’s no surprise that it was these two writers… Read More »Sherlock