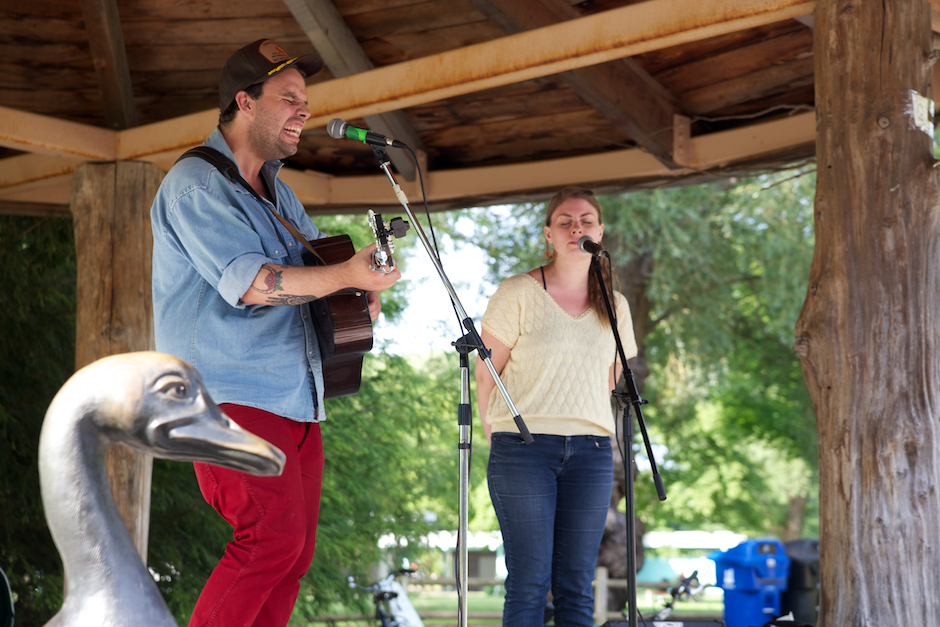 Sunday marked the sixth Poor Pilgrims Island Show. Most concerts are very static; Poor Pilgrims differentiates itself by having each act performing at a different location on Toronto Island. Starting at the Franklin Storybook Garden was Peterborough’s Nick Ferrio. He played some good country songs with only himself, a guitar, and a backing vocalist. Reminded me of Daniel Romano, and that’s quite a good thing. Next up we went to the Dragon Boat Launch where Steve Kado and friends were performing his piece “2003.” I personally would call it “Steve Kado’s Experiments in Tedium.” It essentially consisted of two notes for over 40 minutes. It was painful. At least the… Read More »Poor Pilgrims Island Show 6