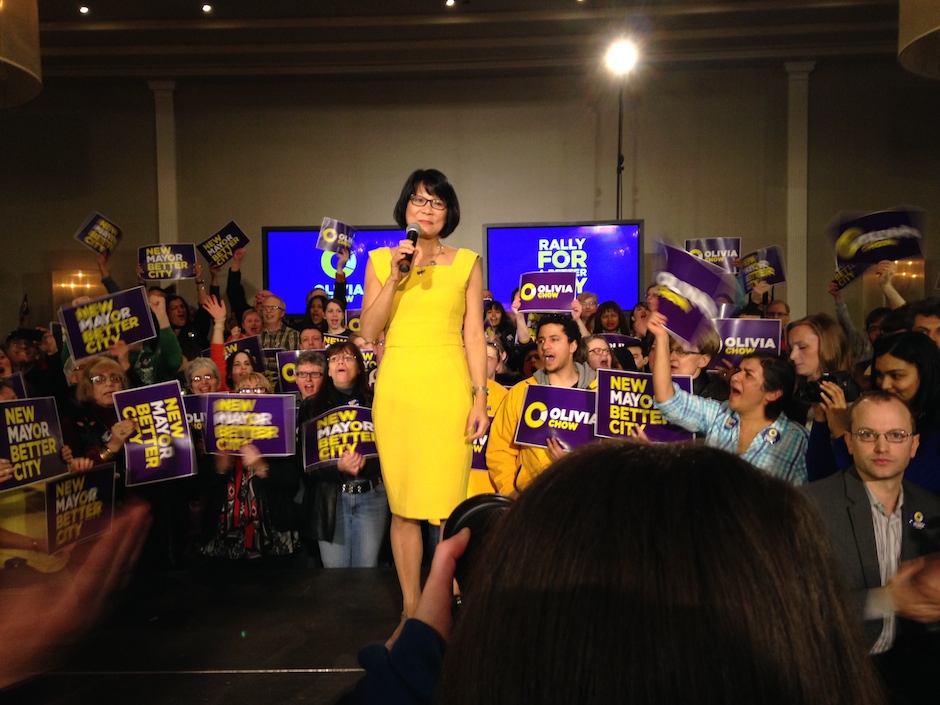 I did something today I’ve never done before. I went to a campaign rally. Here’s photographic evidence. Ignore that it’s a bad shot, as it was taken on my iPhone. Ignore Kristin’s head in half the shot. Ignore the fact that Councillor Mike Layton is giving me a death glare. Not only did I go to a campaign rally for the first time, I’ve also donated to a political campaign and have volunteered to help out Ms. Chow’s campaign. It’s no secret that I think Rob Ford was the worst possible choice for mayor. Amongst the three million possible Torontonians, he’s definitely near the bottom, but we’ve had to put… Read More »Campaign Rally