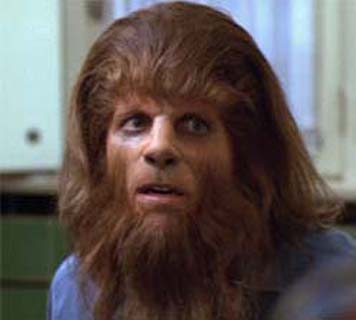 On March 19, 2012, residents of the Toronto riding Toronto-Danforth will once again go to the polls to select someone to represent them in Ottawa. This by-election1 was called due to the death of the riding’s MP and Leader of Her Majesty’s Loyal Opposition, Jack Layton. It was held by NDP Jack Layton since 2004. From 1988-2004, it was held by Liberal Dennis Mills. Between 1965 and 1988, it was also held by NDPers, including the current Liberal Interim Leader Bob Rae (who now represents Toronto Centre). Yes, I know that these facts are somewhat ambiguous, as the boundaries and names of the riding have changed numerous times. Either way,… Read More »Gordon or Scott, not Liberal or NDP

Today was a productive day. Councillors Mary Fragedakis and Paul Fletcher of wards 29 & 30 respectively held an information meeting today in Eastminster United Church. During this event they had speakers from many organizations, including the Toronto Library, Animal Services, and many other fantastic Toronto services speak about the KPMG report’s recommendations for service cuts. This event was simply the left preaching to the left. It was good to hear from these organizations, and give faces to the proposed cuts. Sadly all they talked about was “SAY NO TO CUTS!” It wasn’t anything to motivate those already against the cuts, it did nothing to move the masses. So I asked… Read More »Politics – City and Province

Today’s a sad day for Canada, the left-wing, and Toronto-Danforth, the riding where Mr. Layton represented my neighbours and myself. I never found myself in full agreement with Layton, or his party, but I had respect for what he did. I always found him a better leader of the NDP than as an MP. While I might have disagreed with him at times, or get infuriated by canned replies to my letters, I always felt he was a good voice for Canada’s left, especially when the Liberals failed, leader after leader. Unfortunately, in Layton’s battle with cancer, the latter won. He’s missed by many. My riding has no voice in… Read More »Jack Layton

Last night, I went to the Ward 29 debate at the Eastminster United Church, around the corner from me. The six candidates were (in alphabetical order, by last name): Chris Caldwell Mary Fragedakis Jane Pitfield Mike Restivo John Richardson Jennifer Wood None of the candidates are the incumbent, that was Case Ootes, who is retiring. One thing that bothered me is that all the candidates are upset over how well Toronto’s parking enforcement do their job, and they’d try to get a 10 minute grace period. This is bloody ridiculous, if you park illegally, you park illegally. Don’t expect to not get a ticket if you’re “running in and out.”… Read More »Ward 29 Debate