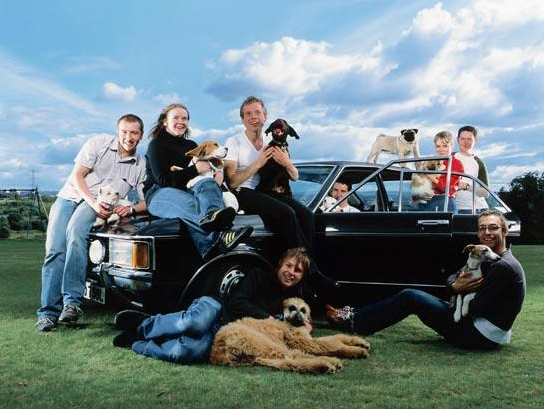 For volume one, visit here.

Years and years and years ago I made a friend online. A really pretty older woman, who sent me cassettes in the mail, and eventually would go record shopping with me. She showed me the wonder that is Rotate This (I later fell out of love with that place. <3 Criminal), and I showed her the wonders of The Vinyl Museum.

One of those cassettes she sent this young boy had a live Velvet Underground record on one side which was enjoyed, but the other side was a masterpiece; If You’re Feeling Sinister. Those ten songs were incredible, and I couldn’t get enough. I bought every EP they released, I bought every record I could get my hands on (there were only three, and Tigermilk hadn’t yet been widely released). I even bought a sleeve for £1 from Jeepster’s website to slide over my copy of Dog On Wheels, Lazy Line Painter Jane and 3…6…9 Seconds of Light. I bought every Looper record, every Gentle Waves record. I even have a 7″ Gentle Waves record with a “Evensong” en français. I got a bit obsessed. I bought all the records, EPs, and singles I could get my hands on by every artist on Jeepster. Which wasn’t much, just Belle & Sebastian, their satellite bands, Snow Patrol, and Salako.

Why was I so obsessed? I have no idea. Maybe it was strange Stuart Murdoch’s voice, maybe it was their happy-go-lucky music, matched to depressing lyrics. Maybe it was the characters he wrote about; the strong women, completely in their element, always sure of themselves; the shy and awkward men with no understanding of their place in the world. I guess that leads us into the lyric that I chose:

Sebastian you’re in a mess.
You had a dream they called you king of all the hipsters,
Is it true or are you still the queen?

I like this for a number of reasons. It’s funny, in three quick lines, Murdoch sets up the major player in the story, and it’s the perfect embodiment of 1990s Belle & Sebastian.

I’m going to shatter your world here… Gentleman Reg is gay. Yes, you heard it here first, the man responsible for “The Boyfriend Song” is into blokes, the man who sang “All that I thought about for the longest time, but he’s untouchable” is gay. I know… SHOCKING.

(I apologize in advance to any family members who might be reading this, you probably don’t need to know this.)

I’m going to shatter your world, once again… I like sex. Yes, sex is fun, and I enjoy it. Odd though, I say this, and yet my current Facebook profile picture might lead you to believe I never want sex again. We do all after all know that Star Trek is the antithesis to sex.

The way Gentleman Reg describes this brief moment between two lovers is perfection.