There’s a snake in my boot! 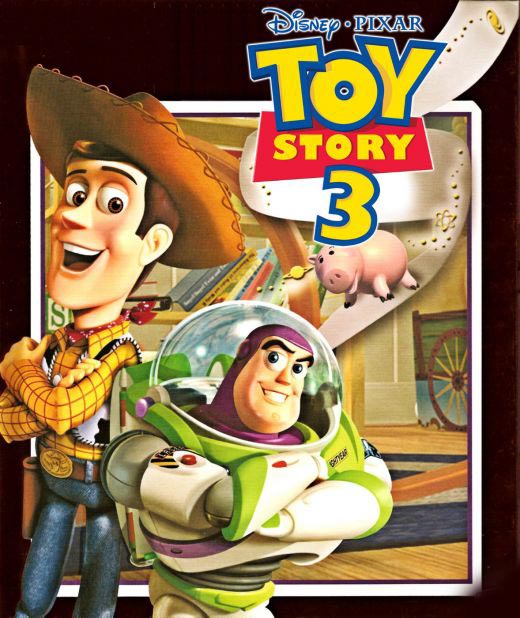 Toy Story was about two toys, Woody, a cowboy sheriff, and Buzz Lightyear, an intergalactic superhero. Woody, as the leader of the group of toys sees his comfy life as the favourite toy challenged when Buzz Lightyear shows up at Christmas. After much adventure, they become the best of friends.

Toy Story 3, begins with a recollection of the life they once had, the fun adventures of a toy who’s played with, but then flashes ahead to present day when Andy’s grown up. Andy’s about to head to University, as his mother asks him what he’s doing with his old toys.

Much like the other two Toy Story films, the movie revolves around a simple, but effective concept, get back to Andy. While this concept is extremely simple, the three films are so unique to one another, and so well constructed, that it barely matters. The audience is in for a great adventure, because the characters are so good. Woody and Buzz are such very strong leads that there are so many possible stories for these two characters.

The film is supported by the best of the characters from previous Toy Story films, Hamm, Mr. & Mrs. Potato Head, Slink, the Pizza Planet Aliens, T-Rex, and unfortunately Jessie and Bullseye.

The film is great. It’s fun, hilarious, heartwarming, sad, and many other emotions. The film puts a great highlight on how great Pixar films are and always have been. I don’t want to give much away, but like most recently Pixar films, there’s moments of tears, and moments of pure glee. They’ve become quite adept at luring the audience in to love their characters.

Amongst the discussion from the night was listing Pixar films from worst to best, here’s my go:

I think I would put Toy Story 3 between Monsters, Inc. and Finding Nemo.