This month I turn 30. To mark such a remarkable event, I’m spending every day of October drenched in awesome-sauce.

Hmm. Not really sure what to say about the second day of #Rocktober30. It wasn’t a great day. It started in Montreal. I slept in a bit, then checked out of the hotel, from there, on the Concierge’s suggestion I walked in the rain to Cartet. There I had an asparagus and cheese scrambled eggs, with some potatoes on the side, and some fruit. It wasn’t great. Both the toast which the eggs were on, and the potatoes were overcooked. They also ignored me while waiting in line for a table. Oh well.

It then started raining even harder, and walking around the city didn’t seem all that appealing to me. Instead I popped in my car, and drove west, or “ouest” as they say in Quebec (the French are weird). One thing I found very interesting, about eight kilometres east of the Ontario/Quebec border, it stopped raining. As if to greet me back home. 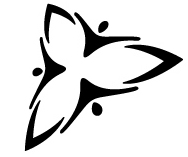 Oh, Ontario. It then started raining again around Cornwall, which you can’t blame the world for, it’s Cornwall, but once I passed Kingston, the rain cleared up again.

On the ride home I listened to a few records.

I think my overall opinion is that Montreal’s an okay city. It’s no Toronto, it’s no Halifax. It’s no Vancouver.