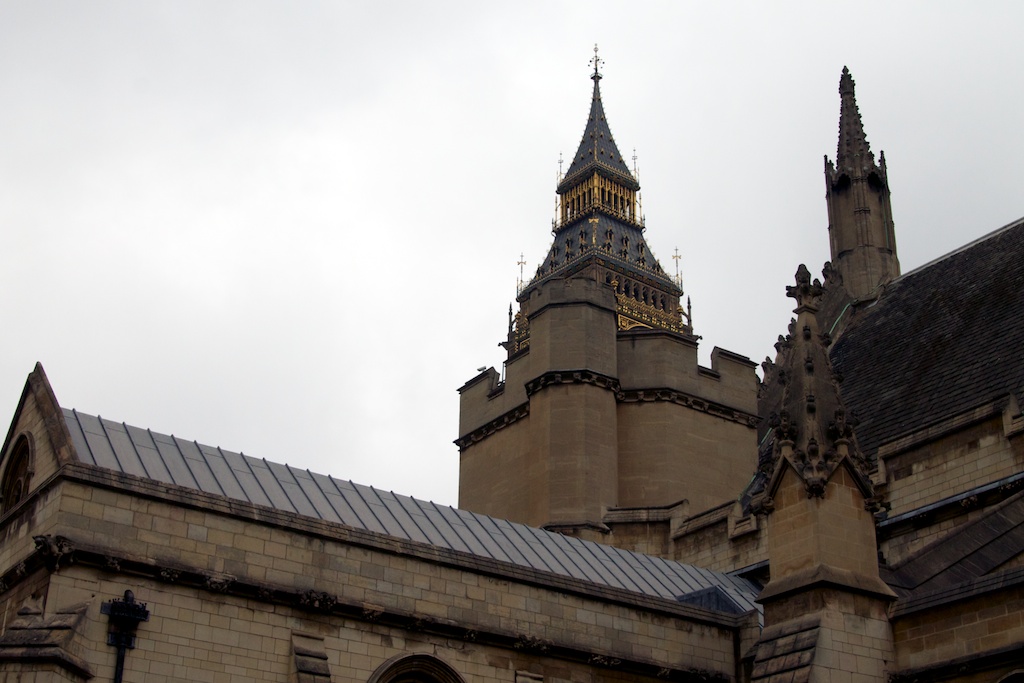 I began my day in London with a morning walk. I walked from my hotel in Pimlico to the Palace of Westminster… aka, Parliament. 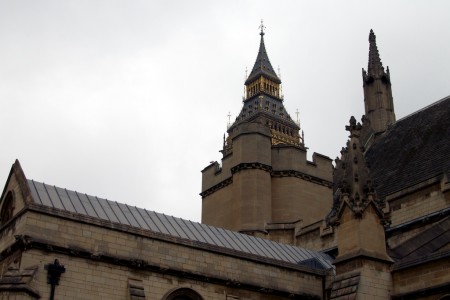 Earlier I had lamented that Canadian Parliament is so much better than British Parliament, because to tour ours, it’s free, to tour Britain’s is £15. There’s another reason why Canada’s Parliament is better… we’re allowed to take pictures. So the one above and the one below are the two photos I took. 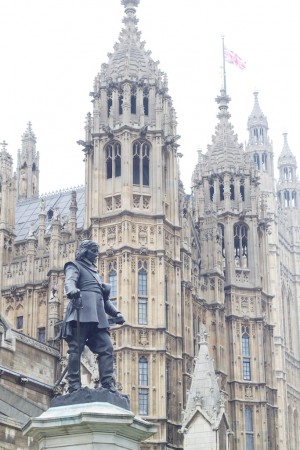 The tour was interesting. I got to see and be in the insides of the House of Lords and the House of Commons. I got to school an American on hereditary rights of the monarch. I learned more about Parliament’s uprising against Charles I, and learned that the building was built in the 1830s, not that long before Canada’s Parliament, which explains why they share a lot of style. That and we like to copy the Brits.

Then I went to see All New People, a play written by and starring Zach Braff. For those unfamiliar with Braff’s acting work

If you’re unfamiliar with his writing skills

All New People is a play which begins with Charlie (Zach Braff) hanging himself. In walks Emma (Eve Myles) who saves his life.

For those of you unaware, this is Eve Myles… took me a while to recognize her.

Yes, it’s Gwen from Torchwood, the Doctor Who spinoff. Myles is a lot less whiney in this than she was in Torchwood, or even her pre-Torchwood Doctor Who role.

So Emma is showing the house for it’s owners in the middle of winter on Long Island, which is apparently a cottage island. So it’s empty and some old Jews are coming by to see the place. Well, empty with the exception of the dude hanging by his neck.

Eventually she invites over her dealer/the town’s firefighter, and a prostitute becomes involved. It was a good play, the ending was clunky, but otherwise enjoyable. Basically a play about desperation and loneliness. Other than the ending, the only negative was Paul Hilton’s piss-poor American accent.

Finally that burlesque show I mentioned. Fucking sucked. Really just a club night with some burlesque acts on the side, and it’s not even funny burlesque which is what makes burlesque awesome. Toronto has an awesome burlesque scene, which when awesome is about the humour, not about stupidly trying to be sexy, and failing. I think I can find the perfect example:

That’s Betty1 on the left. That night we hung out and since then we’ve become friends.

Tomorrow I have no plans, I think I’m going to sleep in. Then… I don’t know. Go to a park, and hang out? I don’t have a book, because the book I’m reading, Have Not Been The Same, is fucking HUGE. My legs are killing me from all the walking. My feet are killing me, too.