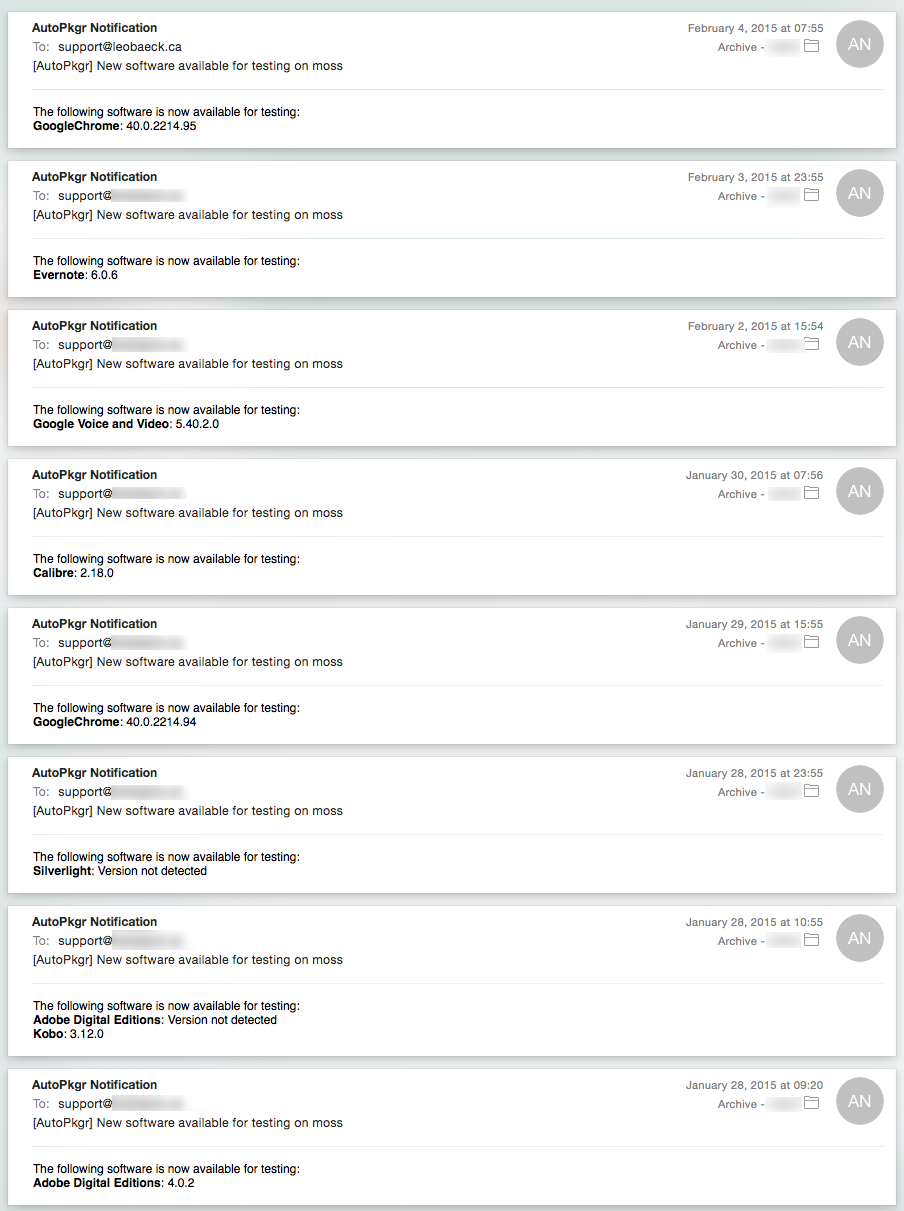 I’ve been using Munki at work for some time. Munki is a system for central management of package installation for OS X computers. It allows end-users to be forced installs from IT, and allows a catalogue of IT-approved installs that end-users can install themselves. It’s really handy.

However, to manually add packages all the time, with constant updates from Google, Mozilla, Adobe, Apple, Evernote, and more and more, all my time would be spent searching for updates. Instead I use a command-line tool called AutoPKG which looks for updates from any program you specify (assuming a recipe has been created), and AutoPKG will download it and install it into your Munki repository.

With the quick command “autopkg run -v Firefox.munki Thunderbird.munki MakeCatalogs.munki”, autopkg will run the Firefox and Thunderbird recipes for Munki and then tell Munki to remake its catalogues.

AutoPKGr is a graphical interface for AutoPKG to make management easier. Instead of having to touch the terminal, I just click off the recipes I want to run and schedule it to run every _ hours. I then give it details to be able to send emails, and I get email notifications of updates. 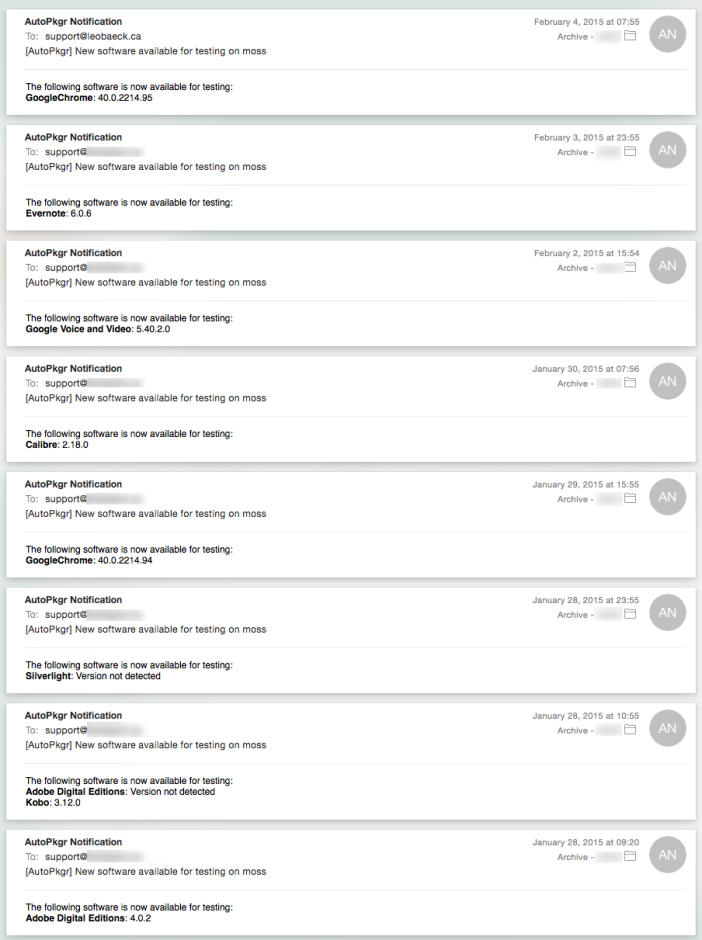 I even made a recipe to auto update a package that was missing in the repository. Apparently not enough people use Kobos outside of Canada, and as such, no Kobo recipe was created. I made one!

Recipes have many different functions. For work I mostly just use the .munki one, as it downloads, packages, and imports into Munki. There’s also a recipe format to import into one’s JAMF CasperSuite. We don’t use Casper, as it’s super-expensive, but a fantastic suite. At the core of each recipe is a .download recipe, which just downloads the file. There’s a .pkg recipe which calls the download recipe then packages it. .munki and .jss recipes would just follow the same theme, grabbing from the previous information.

A short while ago, AutoPKG added an .install type. This is what I’m really writing about.

At home I have a computer which I use for classic gaming emulation, and occasional video streaming. If I’m watching CBC’s election coverage on my TV, sadly I can’t get that without a computer. I had an old Mac Mini, so I plugged it into the TV video HDMI, put some classic games on it, and use it to stream video when needed.

During the last provincial election, I found that my Flash was out of date, as my Safari, and Chrome, and Firefox. I needed to update all this software.

Why don’t I automate it?

I installed AutoPKGr. Opened it up, told it run every 24 hours, put in email details so it could report to me. Added the .install recipes for Adobe Flash Player, Firefox, Chrome, Silverlight, and VLC.

Now, once a day, my computer looks to see if any new software is available, and if so, it installs it and emails me to notify me.

I will never again need to anything and have out of date software on this computer.