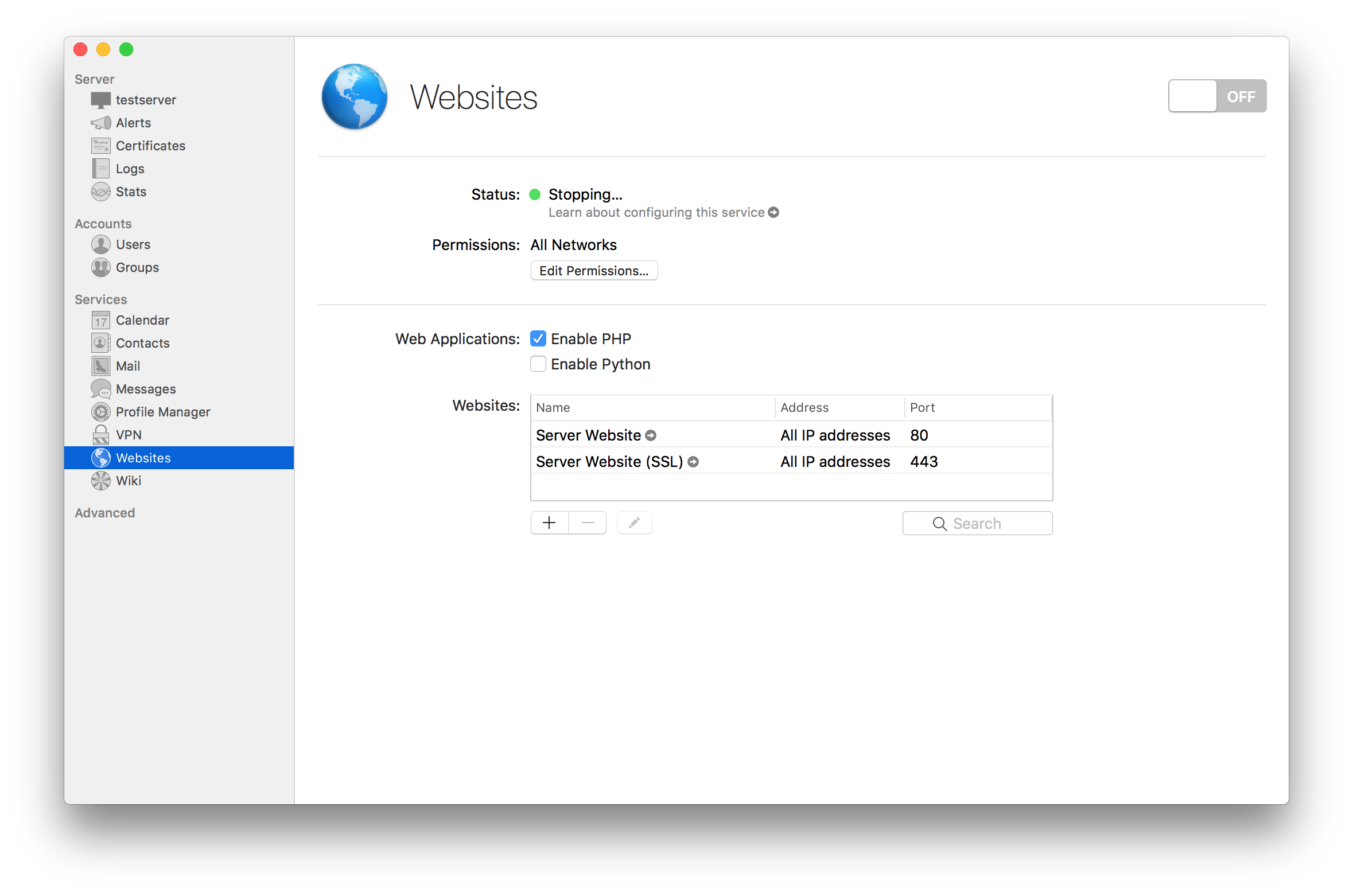 In July, I will be presenting at MacAdmins at PSU. My talk will be called “OMG! APPLE IS GUTTING SERVER.APP!!!!” I will be using my blog to document all the processes taken to get all the data.

The goal of this is to find easy ways to move away from Server.app while utilizing the existing Apple hardware in your server closet and macOS. Sure you can move to a new system, but you might not have the money or time.

You can find the slide deck here.

I started with a simple MunkiReport instance running in Server.app. I figured this would be using enough resources to move. I also got a certificate with Let’s Encrypt and had all traffic going through SSL. While the blog post is specifically for servers running 10.12, my steps were the same in 10.13.

Your web server is up and running. Mostly. Next we need to get SSL setup. MAMP Pro has an easy GUI to do this, but that costs money and this is easy enough for our needs.

I used this this gist to help me through this process.

We already know that MAMP is working on port 80, so you can ignore the first bits of that file.