Doctor Who Serial 117 – Four To Doomsday 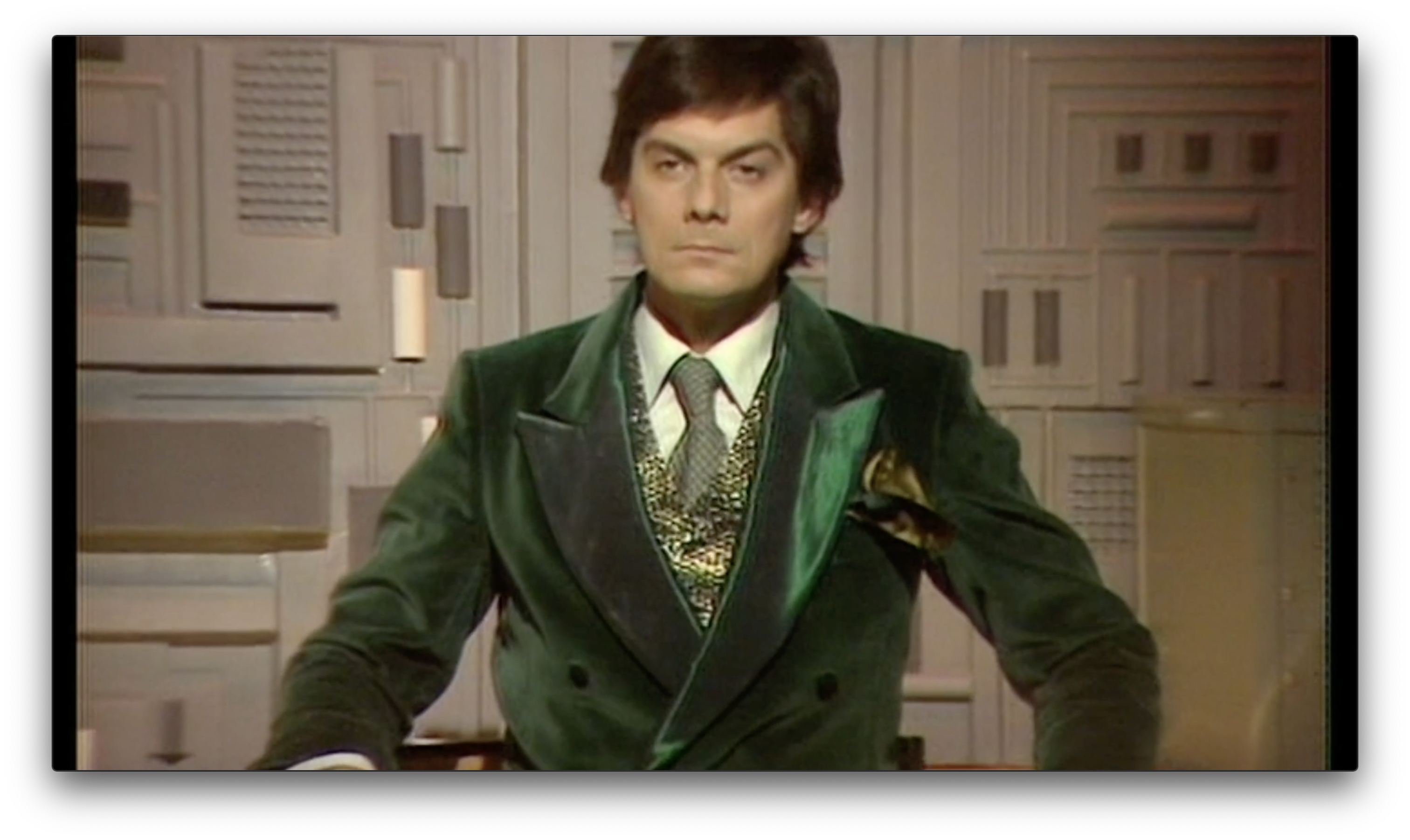 “That’s the trouble with women, mindless, impatient and bossy.” The problem with Adric saying that is not that Adric thinks that, which he does, but I think the writers of Doctor Who believe that.

Oh yay! They all get to wear the stupid helmets, not just the Doctor.

The team have split up, so I guess Adric and Nyssa are going to get captured.

The aliens are very interested in human fashion. I really hope that they’re just editors for an intergalactic Vogue.

Well, I was wrong. Only Nyssa got captured. Well, that was fast. Is that the real Nyssa? Okay, I don’t think this any more.

However, now I’m thoroughly confused. Doctor Who has long established that everyone speaks their native language and the TARDIS translates, but here Tegan is speaking to an Australian Aborigine in his native tongue, yet no one is hearing it as English. Yet, the Athenian is speaking English.

Enlightenment and Persuasion are wearing kick ass outfits. Tegan’s a great designer, but their choice to make them all emerald green is the greatest decision.

Interesting that these cultures have not changed at all over the past millennia. Except for the guy wearing the loin cloth and running shoes.

I thought this guy looked like Herb Tarlek from WKRP, my wife thinks he looks like Bill Hader. What do you think? Now that she said that, I see it. I really see it.

They’re all robots. That actually explains a lot.

They keep saying there are 3 billion people on Earth. This episode aired in 1982 and Earth hit 4 billion in 1974. Weird to think that we’ve nearly double the population since then.

There is way too much hypnosis in Doctor Who.

There are a lot of helmets in this story.

Wow, the Doctor is racist against robots.

The wrestlers are wearing too much clothing. This is supposed to be greco-roman wrestling! Though, it’s very obvious that Enlightenment is getting enlightened by this display, if you get what I mean.

Someone at Doctor Who really like cricket. He uses a cricket ball bouncing off of a spaceship as propulsion back to the TARDIS.

The Doctor left the door to the TARDIS open in front of Monarch… why didn’t His Majesty go in?

It really sucks that the Doctor refuses to take Tegan home.