Doctor Who Serial 119 – The Visitation 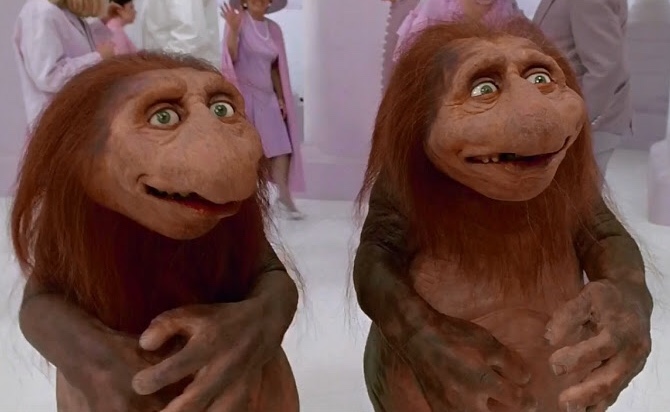 Wow, the opening music cue really sets the tons of this Doctor Who story.

Well, the butler was the first victim, so I guess he didn’t do it.

“We’re under attack!” In walks the gayest robot, ever. I love gay robots.

Adric’s version of fighting is to crawl on the ground and be something for the person to trip on.

It’s been a long time since a companion has fallen and twisted his ankle. I like that it was a boy this time.

Is that guy carrying styrofoam take out containers?

That wall needs a sound effect like in Quantum Leap when Al walks through something.

The gay robot has a cloak now.

The alien costume looks like a bad theme park mascot.

Why is Nyssa redecorating her room in the TARDIS… also, that’s a weird angle to put her bed at.

I love the thespian’s voice.

The aliens on the tv screen remind me of the alien scientists from Bill & Ted’s Bogus Journey.

Tegan should listen to the Doctor more.

That alien is seriously out of breath.

I love how empty boxes really do a number on an their attacker.

That’s not how you use a gun, Tegan!