Friday morning’s Toronto Star had William Shatner on the cover, the former star of Star Trek, who has a fan movement on Facebook vying for him to be Governor General of Canada. For those unfamiliar, the Governor General is the nation’s de facto head of state. While the monarch (currently Elizabeth II) is the actual head of state, she cannot perform those duties, as she is also the head of state for numerous other countries, and resides in the United Kingdom. Governors General provide a mostly symbolic role, they represent the nation on an international level, are a spokesperson for the country, sign bills into law (once they’ve passed through… Read More »Governor General James T. Kirk 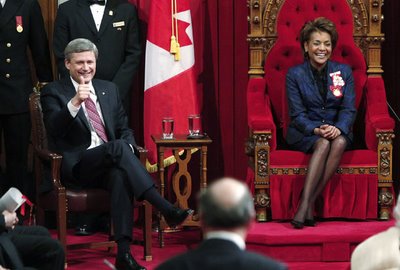