The Life of a Working Girl 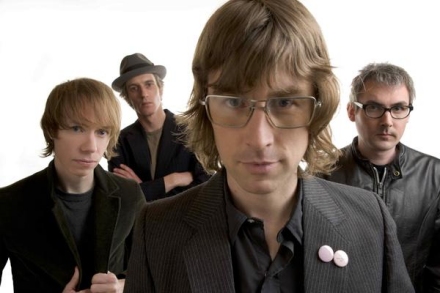 I hate report cards. For those not in the know, I work in a school. I’m the IT Manager. I’m a professional geek, in other words.

We’re now onto the first full report. Today is the day that reports are due to be printed, for self-review (so they can be passed onto the administration for proofing on Monday). Obviously the entire faculty has been entering marks and writing comment this week, and this week alone. My phone has not stopped ringing, my email has not stopped chiming, the school uses Google Apps for its email service, and with a IM widget right in the sidebar (unlike FirstClass’ IM function, no one knew about), they all take advantage of that immediate connection. Shoot me.

I knew this was coming, I always know this is coming, but it’s a lot of work, a lot of stressful work. What I can never handle is the reason I hate teachers. Sorry Mom, nothing personal, and I don”t even really hate teachers, but it’s easy to say I do. What I hate is a sense of entitlement, and being talked down to. There seems to be a feeling amongst some staff that IT is their whipping boy (which might be fun, but not in a school). What bothers me is when I receive emails that state for a fact that I am going to do something over and beyond what is expected, because they can’t read, made assumptions and/or didn’t ask. I most likely will do it, but I’ll do it a lot quicker and nicer, if you’re polite about it. IT works in a different way than most departments of any business. Rather than “the squeaky wheel gets the grease,” it should be “the squeaky wheel gets told ‘we’ll be with you shortly’ as they attend to someone who was polite.”

This is something that I think was very well illustrated by the school interim Director last year. His laptop died, it needed a part replaced, I can’t remember what it was, but the computer was under warranty, and so Toshiba wouldn’t let me just buy the part and install it. I went to a service centre I had never used before, I was told by the Director to tell him that my job was on the line and he needed it by the end of the day. He did make it clear my job wasn’t on the line. I said “sure,” while thinking to myself, “self-righteous Americans” (sorry Cari). Instead, I went into the shop, said very nicely, “This is kind of an important job to us, I was wondering if you could put this at the front of the queue, we need it in the next three hours.” He said, “I can’t promise anything, but I’ll try.” I thanked him, left, gave him a call two hours later, and he told me that it would be ready in fifteen minutes. I brought him coffee and thanked him. Being nice is better.

Generally, I love my job, I love the respect that I get there, the autonomy, the people, but when it comes to reports, manners seem to fly out the window.

In conclusion, love your IT staff, buy them treats.