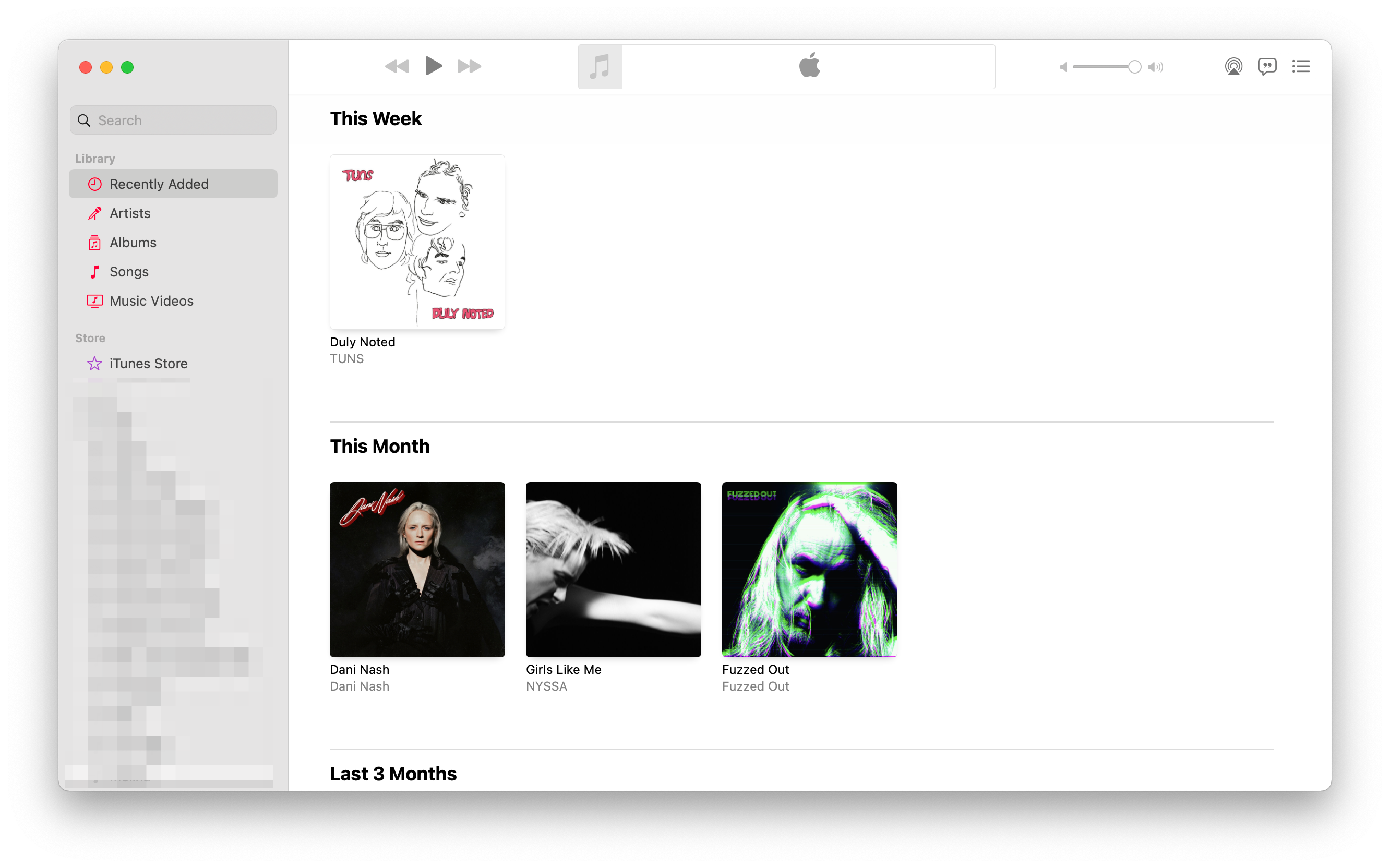 People seemed to appreciate some guidance I gave on smart playlists, so I thought I would post this here for anyone looking for this info.

It began because Plex’s smart shuffle is terrible, and I didn’t know it was a feature you can turn off. But let’s start earlier.

I stopped using iTunes (Apple Music) a while ago and moved my music library over to Plex. Well, that’s a bit of a lie. I do still use Music to import CDs and use it for its file sorting features. I buy a new album (digital or physical), put it into Apple Music, then Resilio Sync syncs my ~/Music folder to my Plex server (and my offsite backup server).

So it starts here:

Then it ends up here:

That syncs to the server via Resilio. And it’s indexed in Plex.

From there I can play my music anywhere. Handy dandy.

I have a playlist of “Wonderful Songs” which is just a smart playlist of any song that is 3 stars or more. This used to exist in iTunes for me. It is the default playlist I use. Unfortunately with Plex’s smart shuffle it was showing me the same songs every single time. It was really frustrating.

Turns out you can turn off Smart Shuffle by going into the Plex app (not PlexAmp), going to settings. Go to Library, show advanced, and there’s a checkbox there.

Boom. But I liked the workaround I was doing and I’m going to keep it, as well.

With Smart Playlists, you can choose to omit items that have been played in the last x days/weeks/months. So for my Wonderful Songs playlists, it looks like this:

And that’s not all, you can apply this same logic to video playlists: